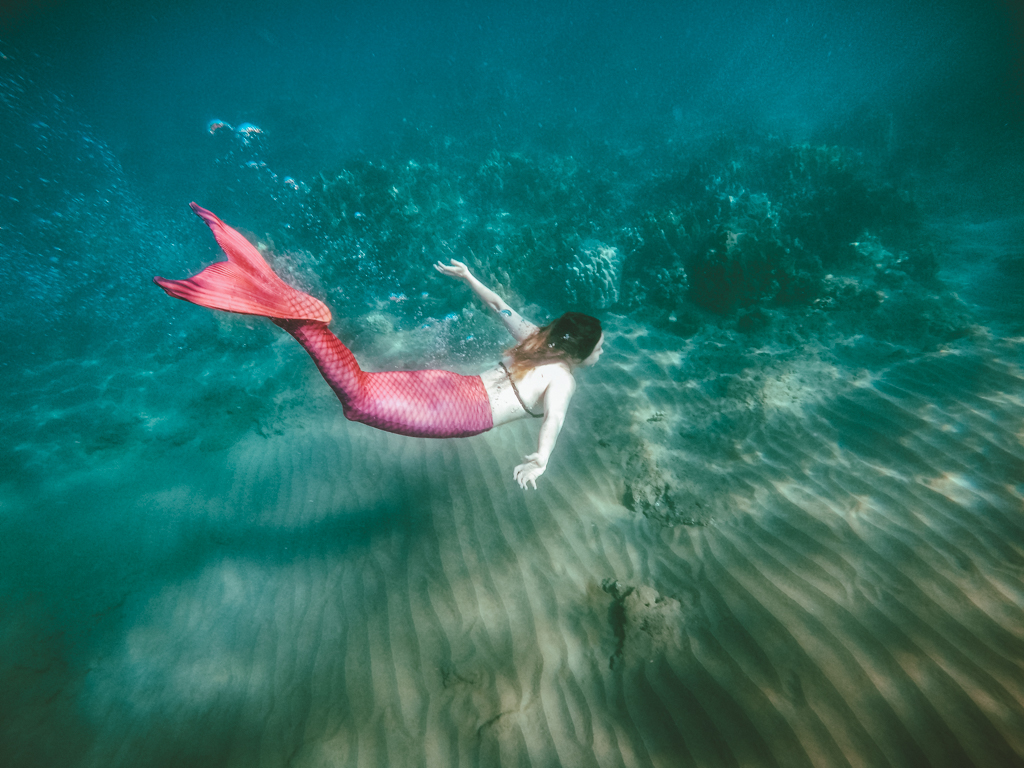 I never thought that at the age of 30, I’d become a mermaid fo’ real.

Yes, I really became a mermaid in Maui with Hawaii Mermaid Adventures, and I’m here to tell you the exciting tail.

Growing up as a millennial baby in the 1990s, I learned that I could be anything I wanted if I just put my mind to it. I thought long and hard about this.

What did I want most out of life? What was I passionate about? What were my dreams?

My love of the sea and the creatures that called it home eventually led me to a surefooted decision: I wanted to become a marine biologist.

Yes, that was it!

A marine biologist. Guardian of the sea. A voice for the voiceless.

My 8-year-old self could picture it so clearly. Swimming with dolphins was, of course, a primary duty in this role. I had many, many dreams about doing just that.

So, there was no dream of becoming a literal mermaid, but this is about as close as it gets. 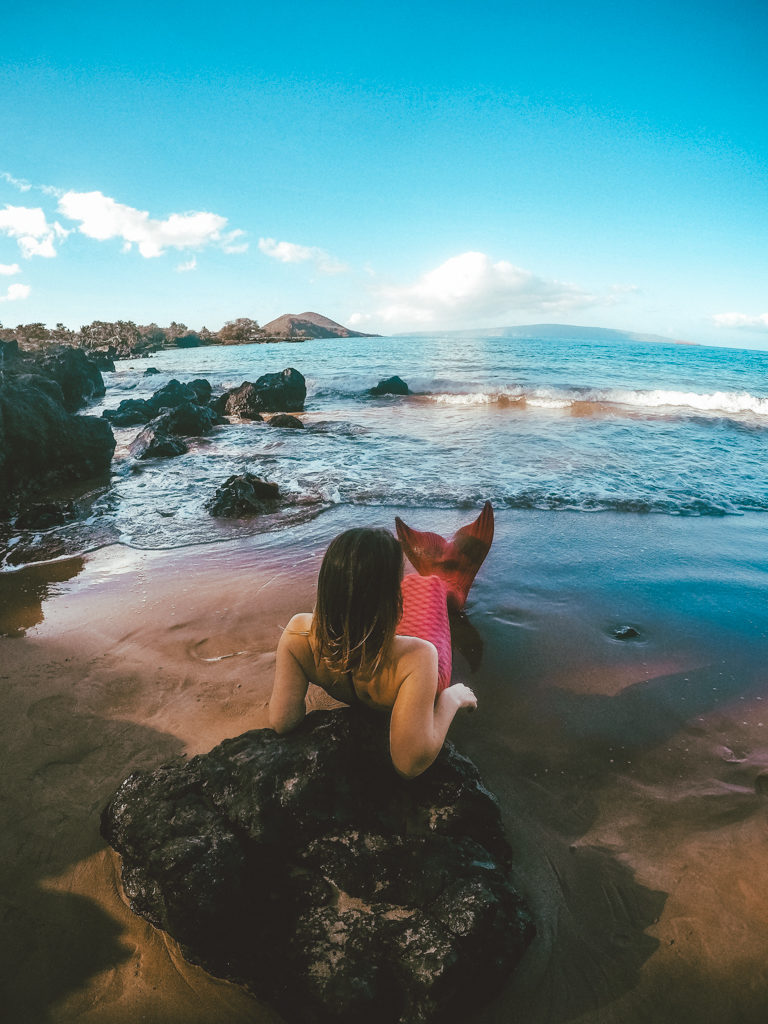 And our desires as children, they’re so pure. So unencumbered by societal standards, so honest, so genuine. Yet, that innocence never lasts.

As it goes, by the time I reached high school, my rational mind had taken over, steering me away from the animals I so loved, away from the oceans that so needed protecting from human devastation.

Before I knew it, I was on a different path–a path that would eventually fall apart all the same.

So, you might be left wondering, whatever happened to that childhood dream? The dream of a working near the sea, the dream of protecting its enchanting inhabitants? 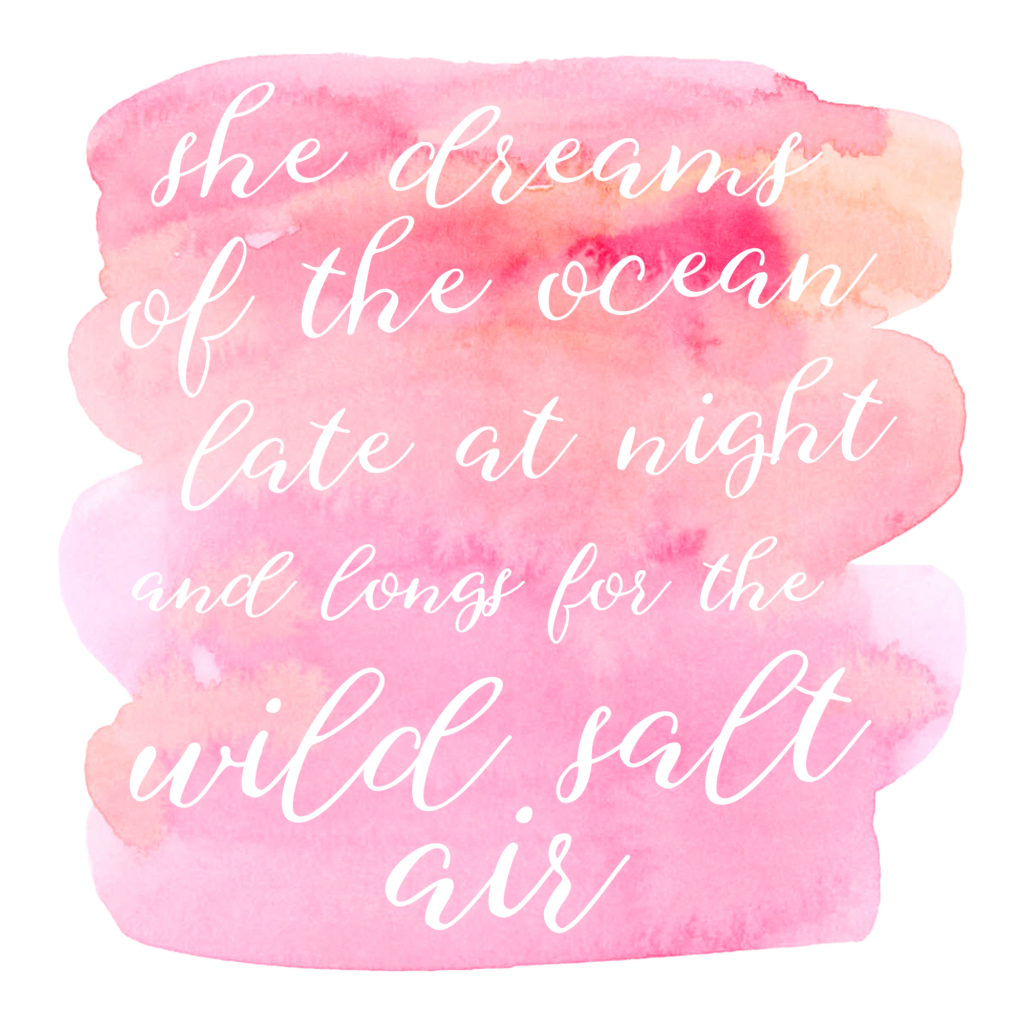 Truth be told, it never really went away. That dream still exists, lurking in the depths of my heart. Perhaps it was just waiting for the right moment to surface; for my eventual return to the sea.

And return to the sea I did when my partner and I touched down in the land of aloha, the land of sweet pineapples and rainbows and endless sunshine.

A magical place surrounded on all sides by ocean, the sound of crashing waves never far away. 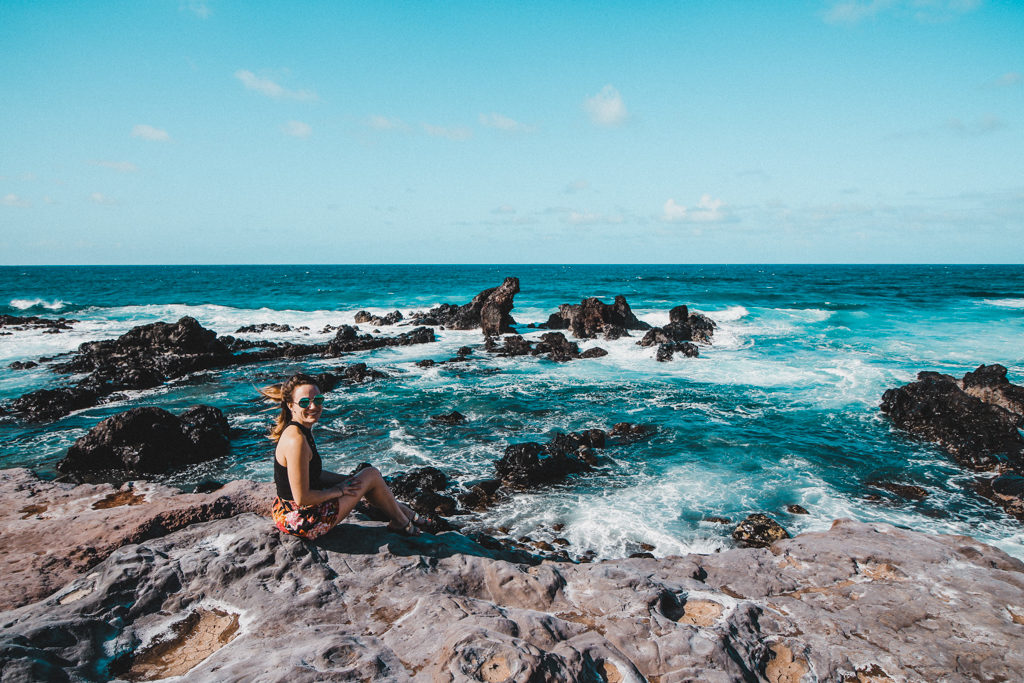 Spending time in the water while on Maui was important to both of us, although we also wanted to do it mindfully. A day of mermaid swimming lessons with Hawaii Mermaid Adventures turned out to be the perfect happy solution.

But first, if you’re unfamiliar with the island of Maui, allow me to paint you a word picture.

Maui was formed by two volcanoes whose lava flows were close enough that they eventually overlapped, creating an isthmus between them.

From above, the two neighboring volcanoes resemble a lopsided infinity symbol; others claim Maui bears a resemblance to the outline of a woman. Either way, it’s a sight that doesn’t leave you once you’ve seen it with your own eyes.

Dive into the water that surrounds this isolated tropical paradise and you’ll find unfathomable biodiversity–more colorful fish species than you can believe, giant sea turtles drifting lazily near the surface, bashful eels hiding near the sea floor, and coral reefs fighting for survival in waters continually polluted by humans. 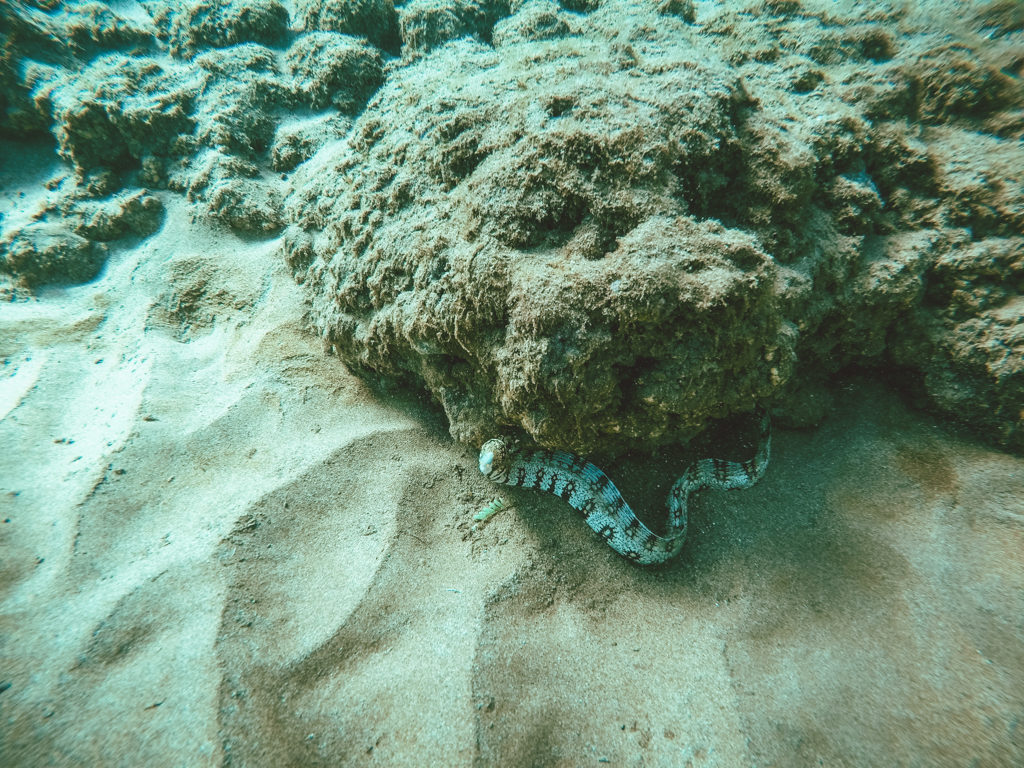 Learning how we can better protect this diminishing biodiversity is imperative, and a focus on marine conservation was one of the aspects of Hawaii Mermaid Adventures that drew me to their mermaid tour in the first place.

You see, I’d been on a tour with Maui Kayak Adventures, a sister company of theirs, two years earlier. The education portion of the tour that took place before we ever set flipper in the water was what really stuck with me the most.

The guides of these tours ooze compassion for the ocean, revering it in a way that moved me to the core.

Inspiring love for the ocean is what these companies do best, and I couldn’t wait to help spread the word. 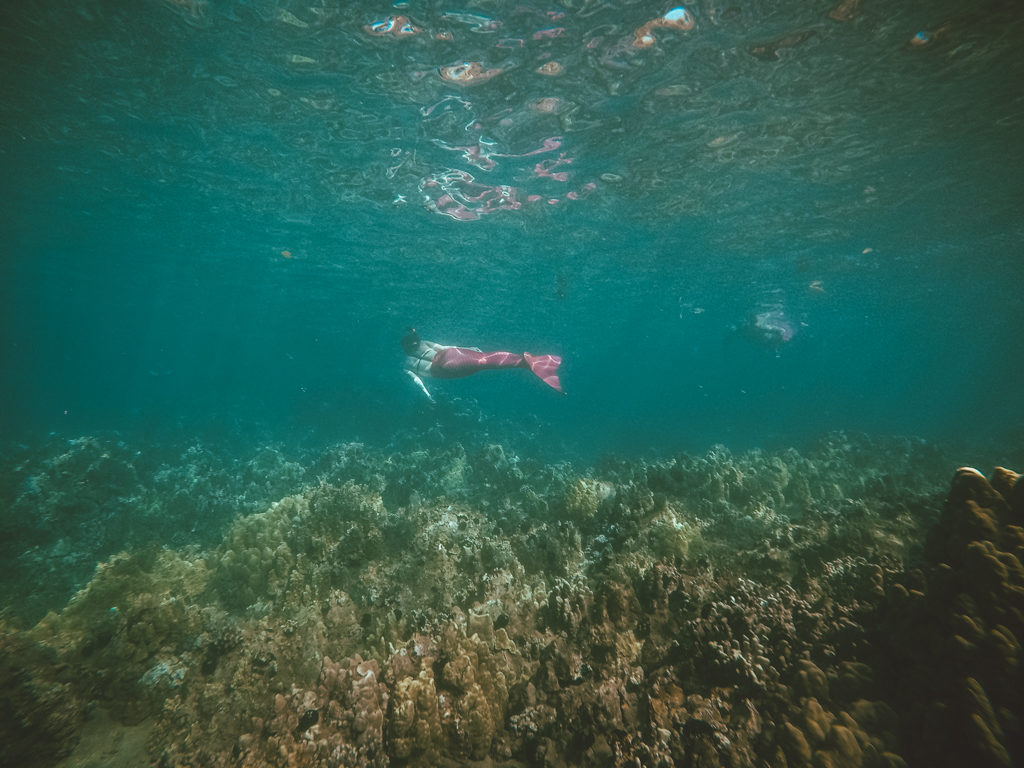 The Day We Became Mermaids in Maui: Our Maui Mermaid Tour

You can imagine my delight when we arrived at our meeting spot on the morning of our tour and were greeted by our guide Lila, a marine biologist!

Yeah. I was basically gazing at this woman with googly heart eyes the entire morning.

This was the kind of role model I always wished I’d had as a child, and here she was sitting right in front of me–wearing a mermaid tail, no less.

Before we could begin our mermaid lessons, however, Lila first put on her marine biologist hat and dropped some knowledge on us about the impact chemical sunscreens can have on the marine environment, an issue of the utmost importance in a place like Maui.

I’d done some research on this myself prior to our trip, but it was nice to hear what I’d learned reiterated and get some suggestions for sunscreen brands we can feel good about using. 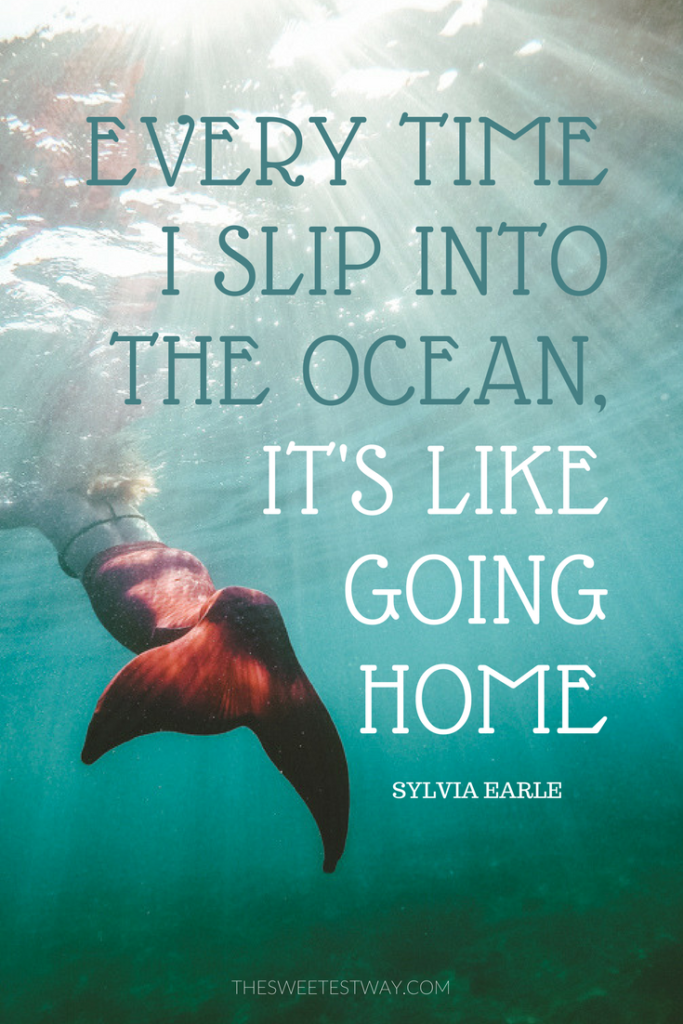 A few of the basic points she touched on included:

While learning this information is certainly disheartening, it also provides an opportunity for us to make positive changes.

In fact, Hawaii wants to ban the sale of sunscreens containing Oxybenzone as the active ingredient, a step that would drastically reduce the rate of deterioration of Hawaii’s coral reefs.

The best sunscreen brands I’ve found so far that live up to the title of “reef safe” and “biodegradable” are Badger Balm and Stream2Sea. I know I’ll be stocking up before my next visit to the ocean since, unfortunately, these brands are not yet widely available in stores.

To learn more about coral bleaching caused by chemical sunscreens, check out this detailed article on the Hawaii Mermaid Adventures blog.

Another issue Lila touched on briefly was plastic pollution and the need to eliminate single-use plastics from our lives. Did you know there are an estimated 5 TRILLION pieces of plastic currently floating in the ocean?

Plastic pollution represents one of the greatest threats to marine environments. Small and lightweight plastics often become food for our seafaring friends like turtles and birds and release toxic chemicals into the ocean.

And the worst part is, these plastics will never degrade. Scientists believe that every piece of plastic ever made still exists in some form today.

It was a stark reminder to do our part every day to reduce our reliance on plastics–things like straws and cutlery, grocery bags, and takeout containers can be eliminated rather easily with a little mindfulness. Simply say “no thanks,” or choose reusable alternatives. We should also do our part to recycle plastics whenever possible.

Follow this link for more ideas on how to reduce your plastic consumption and help save the ocean.

The next step in our mermaid experience was to get acquainted with our new feet–a skirt-like piece of stretchy fabric (of the one-size-fits-all variety) equipped with a single fin at the end.

We had our pick of colors, and we both ended up choosing pink. Mine was a darker pink that included details like shimmering scales, while Hans’ was a glittering neon pink that I was fairly certain could be seen from space. 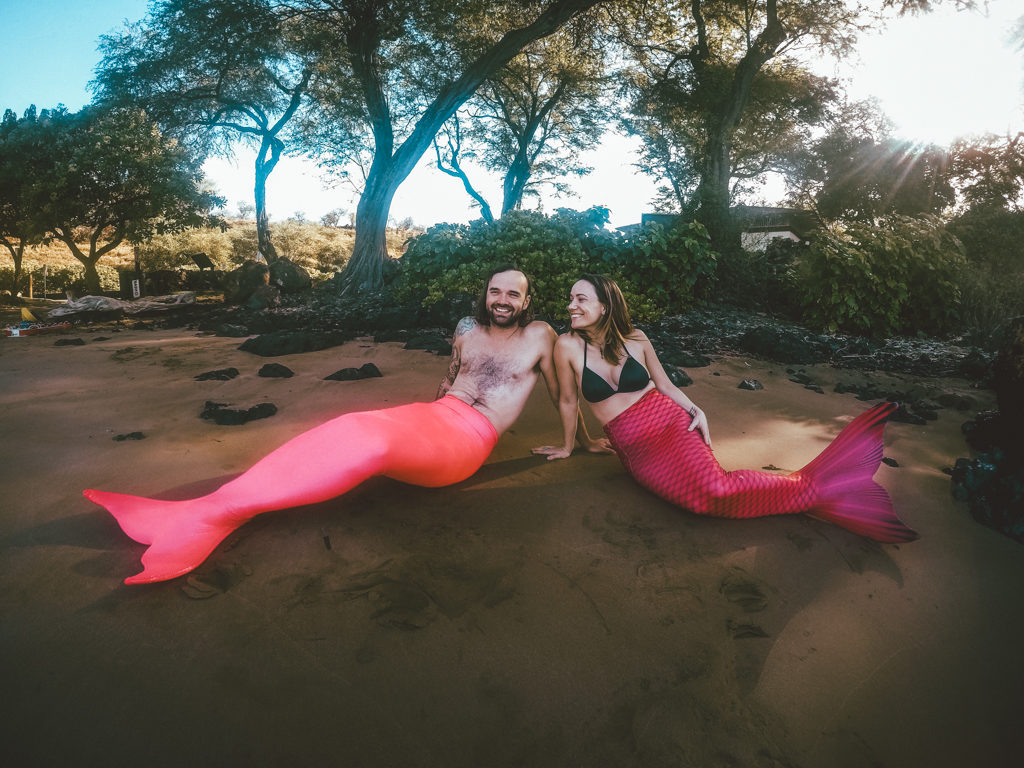 Oh, and if you thought mermaid swim lessons were only for girls, you would be sorely mistaken! People of all genders and all ages enjoy indulging in a good mermaid fantasy, and Hans was far from the first merman they’d seen.

Once on the beach, we slipped our feet into the fin and hoisted the remaining fabric over our butts for our first photo shoot, Little Mermaid-style. 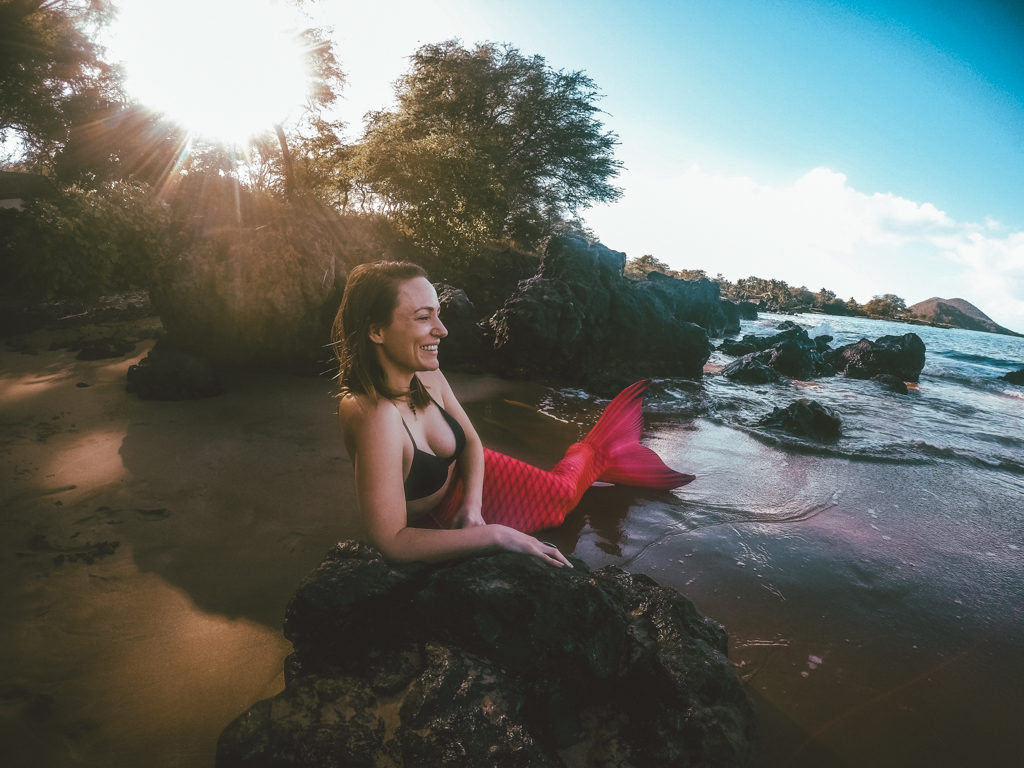 Each mermaid tour guide totes along a GoPro for pictures so you can relax and enjoy the fun. As a blogger, I definitely appreciate being relieved of photographer duties every now and then.

We struck a few poses while trying our best not to look awkward–I’ll admit it’s a strange and slightly unsettling feeling to have your feet bound together in this way, much like a skier might feel when attempting to snowboard for the first time.

I think we did alright though. 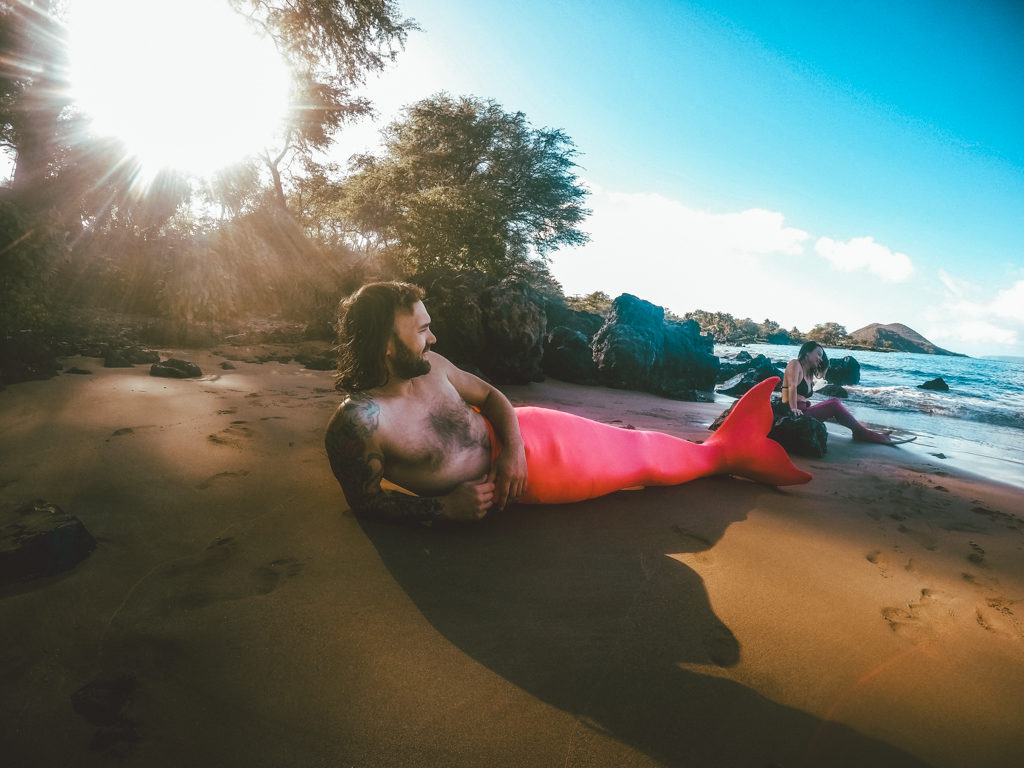 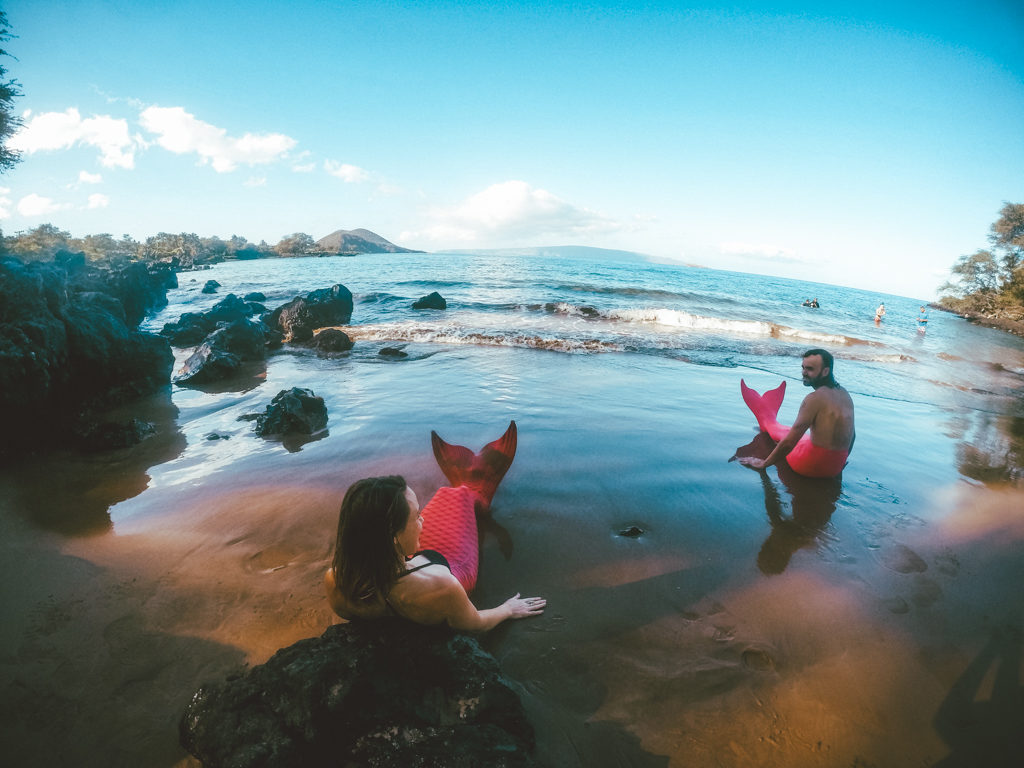 Next, the fins came off and it was into the water we went. Lila kindly brought along a few flotation devices to assist us in getting our tails back on in the water and also to provide a resting spot to catch our breath when we weren’t flailing around trying to swim like sea creatures.

As we would soon find out, swimming like mermaids is easier said than done. 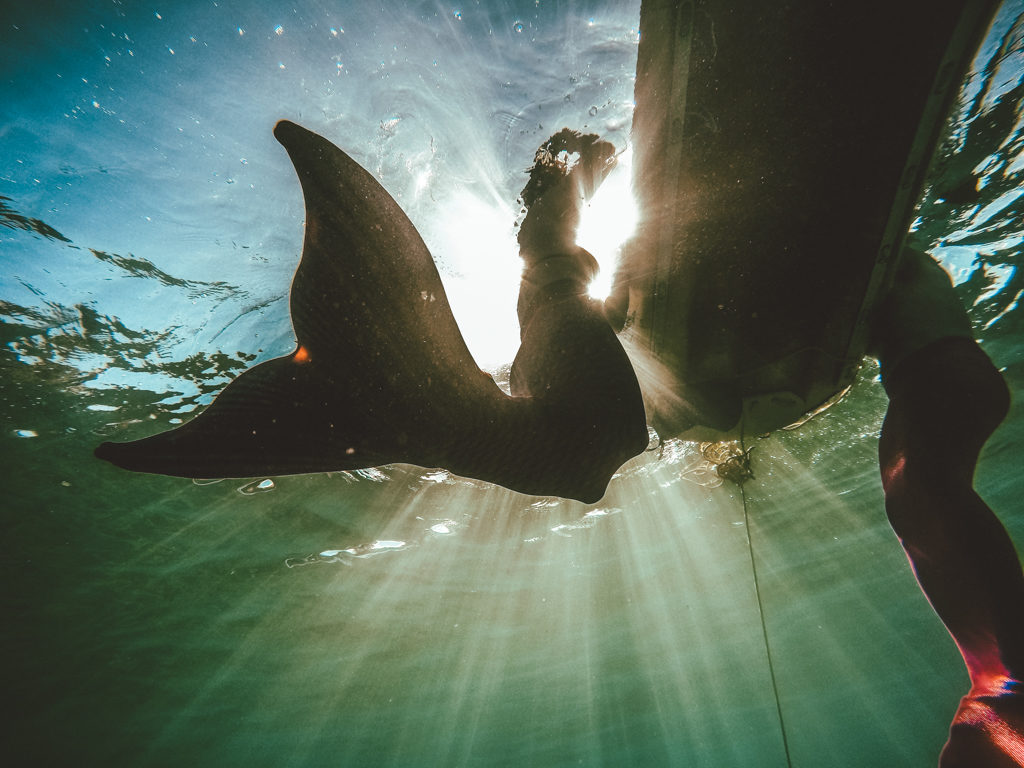 Once in the deeper water, the real fun began.

Snorkel masks were provided for exploring the wonders of the nearby reef, but in the beginning, I was far more interested in learning how to dive like a mermaid.

Unlike just about every other style of swimming, it requires an undulating motion; you know, like that “worm” dance move that people do at parties when they want attention.

Once you get that key motion down, the fin propels you powerfully through the water, allowing you to shoot down toward the reef at surprisingly fast speeds. 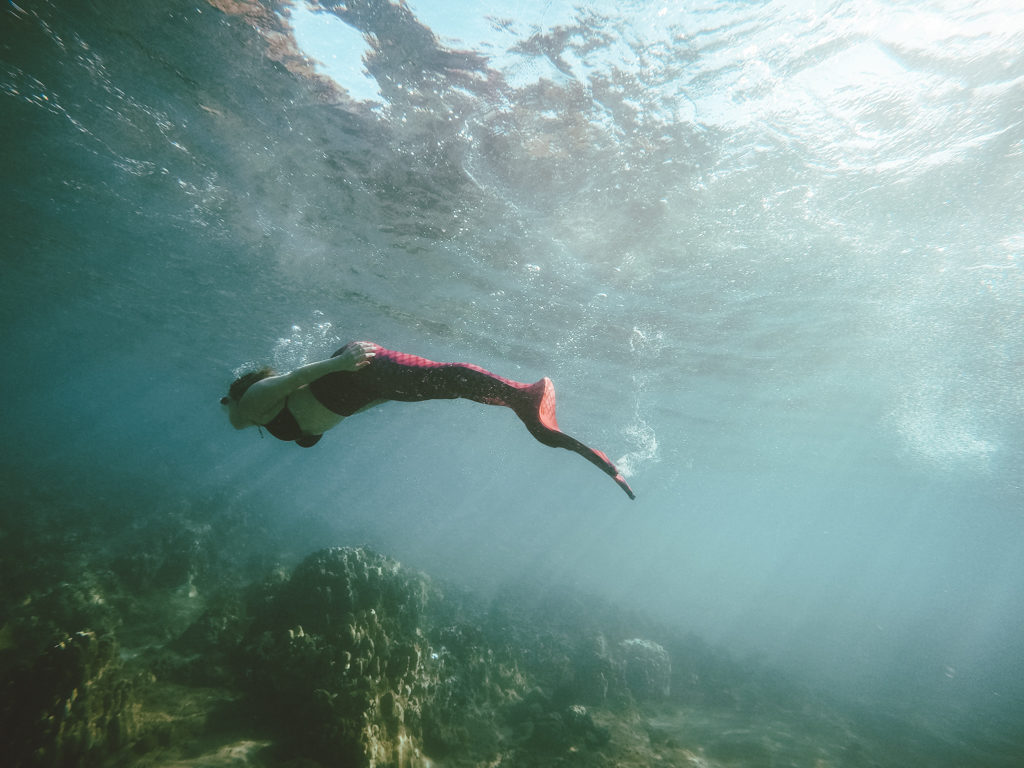 It’s an ab workout if ever there was one, and as far as doing it gracefully? I can only assume that part comes with practice.

The mermaid tail’s fin proved rather buoyant, so it also took some practice to get it to float beneath us in the water instead of bobbing to the surface and causing more of that flailing I mentioned earlier. 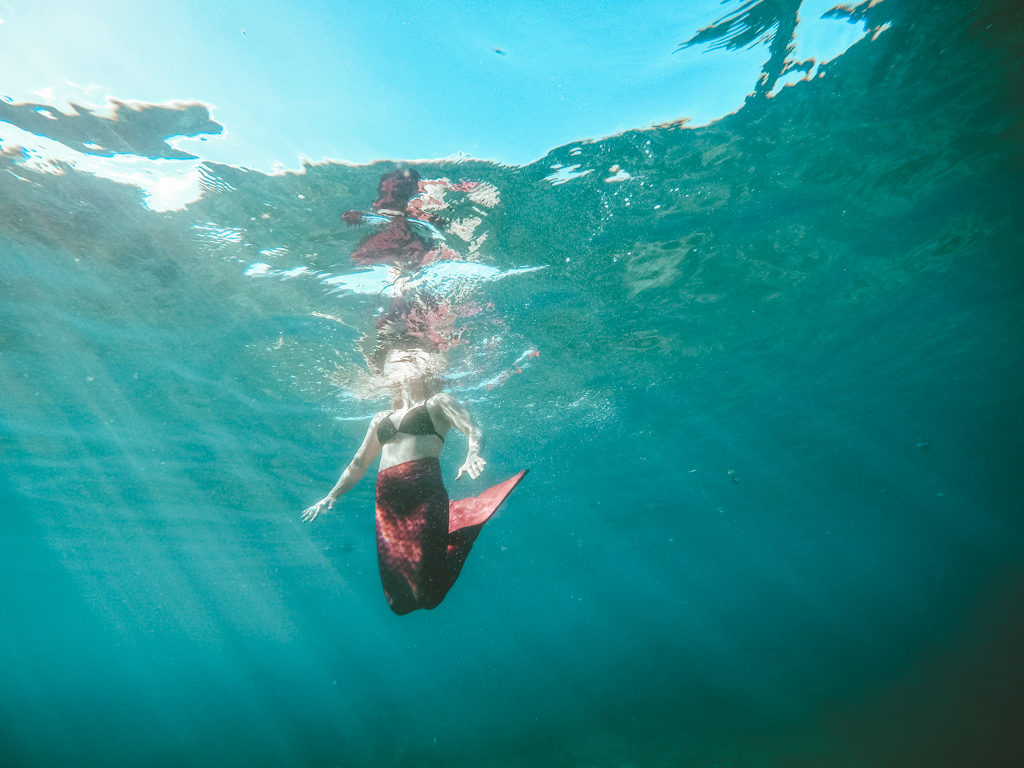 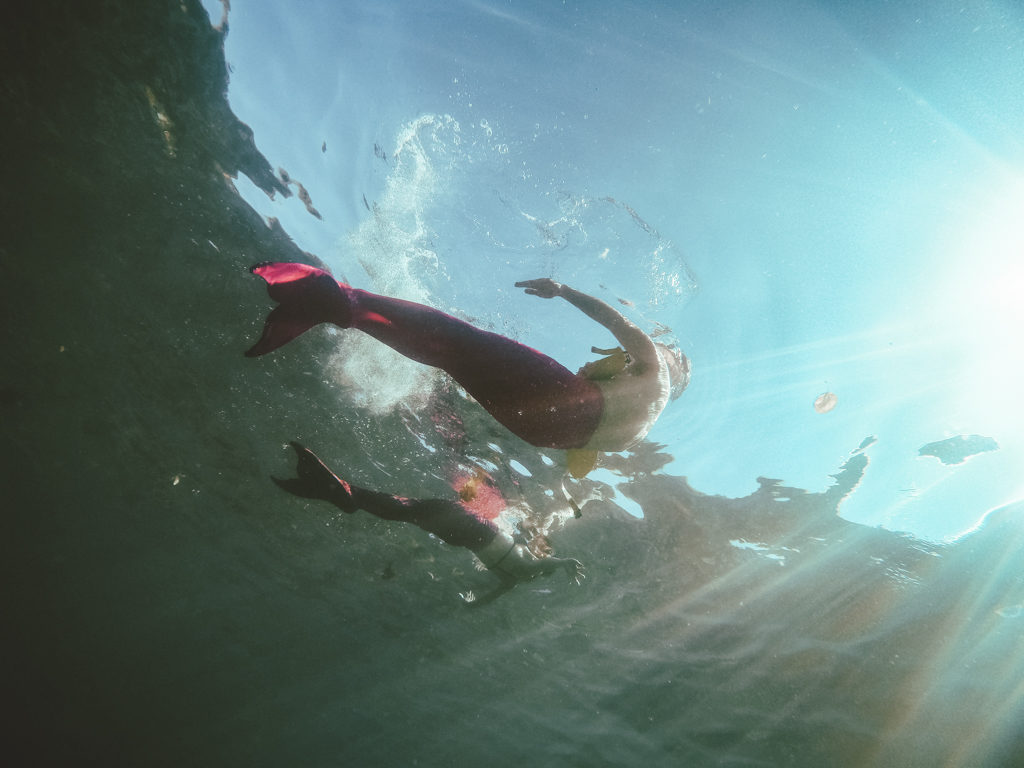 The real test of our aptitude with the mermaid tail was to swim through a hoop floating just below the water’s surface. I managed to make it through the hoop, but it wasn’t exactly pretty.

As you can see, I hooked my heels on the hoop and dragged it along with me. Thankfully, Lila was there to capture the elegant moment. 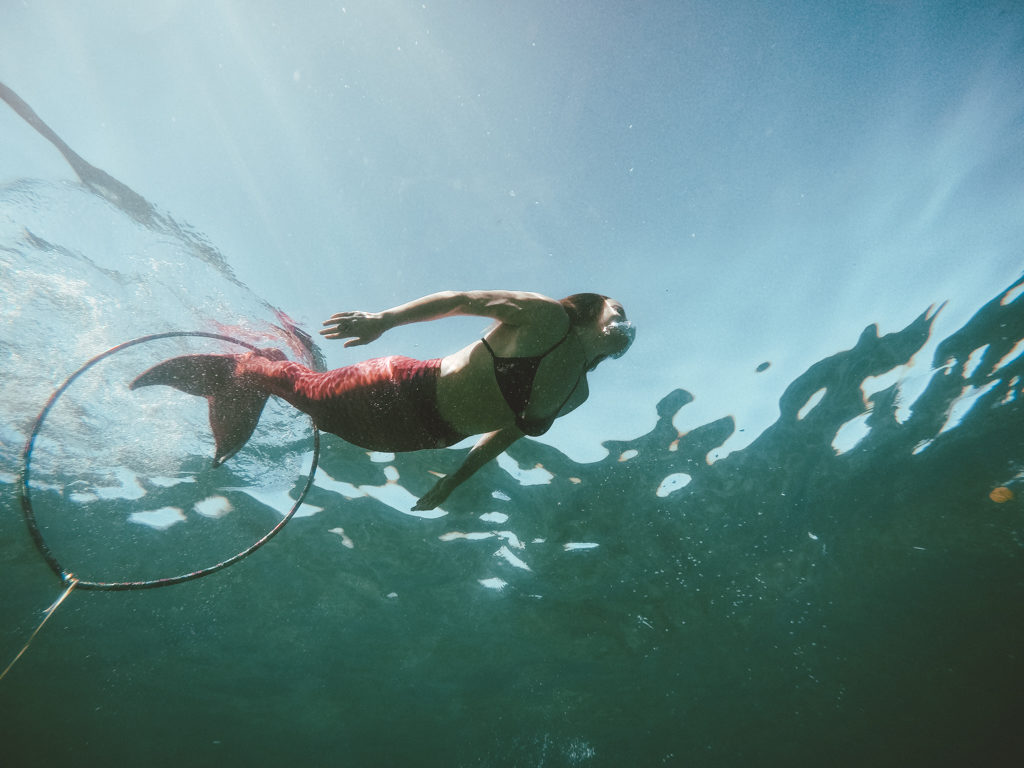 Throughout all of this, divers, kayakers, and beachgoers looked on, occasionally shouting in excitement upon their first sighting of a real mermaid in the wild.

Each time, Lila made sure to put on a show for our admirers, flitting through the water in her shimmering purple tail or flicking her fins above the surface. Hans and I simply focused on not drowning. 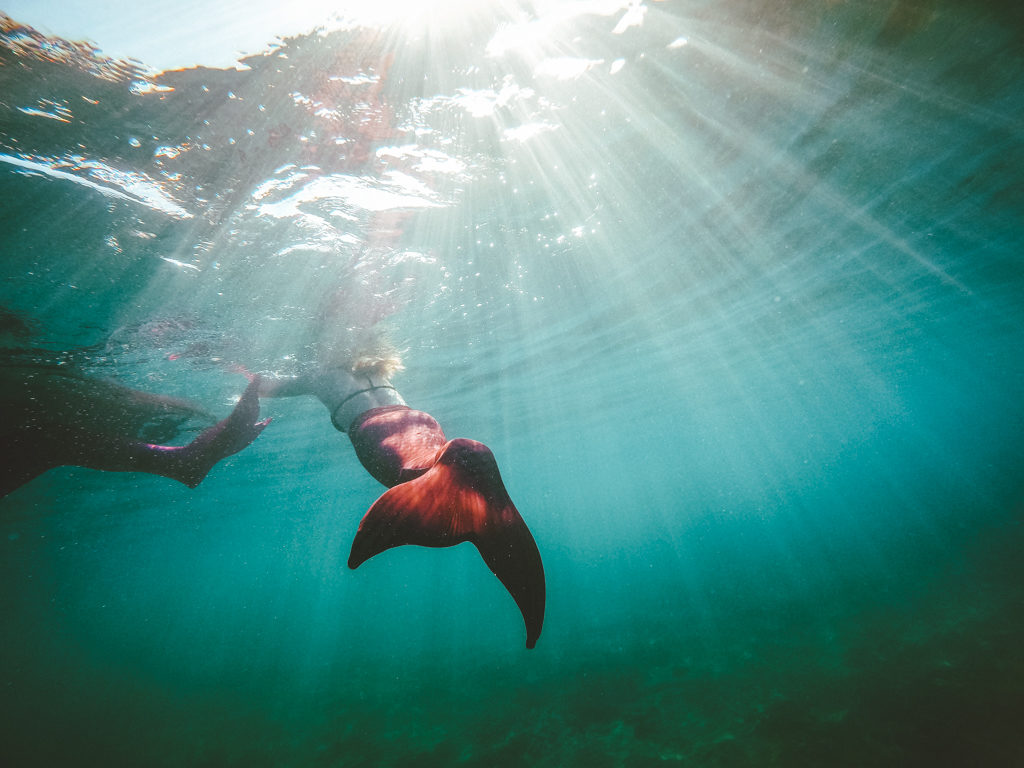 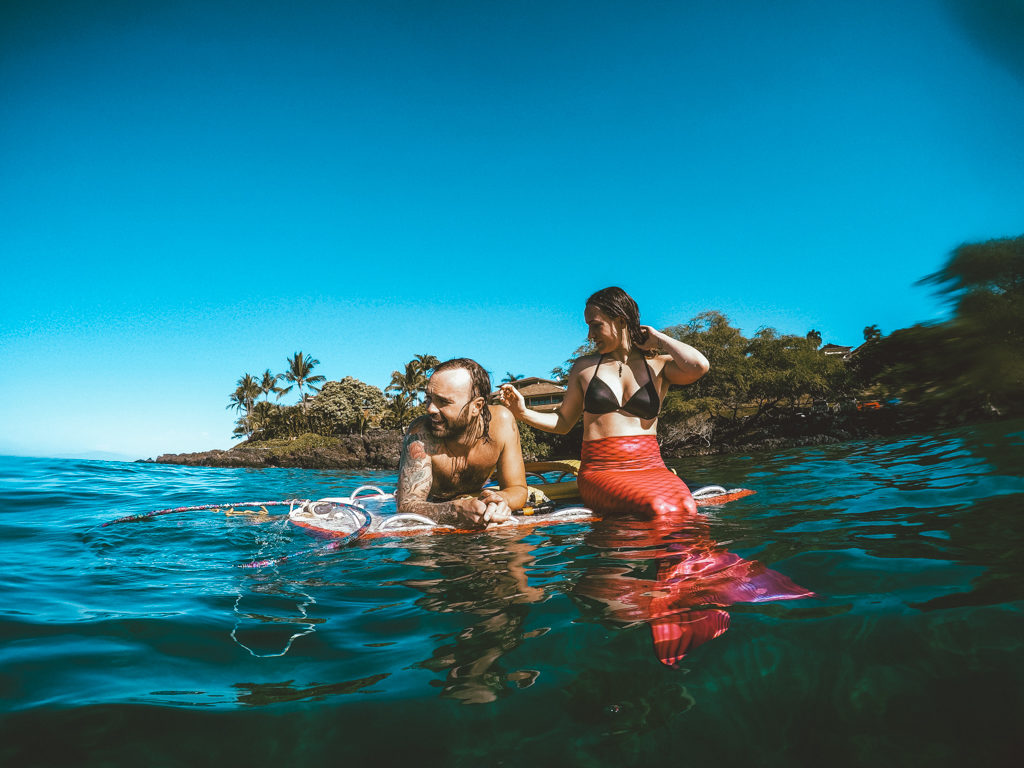 Eventually, we did get the hang of it. I don’t think I ever succeeded at looking anything but awkward, but I had a lot of fun anyway (and got some fabulous photos to commemorate the occasion). 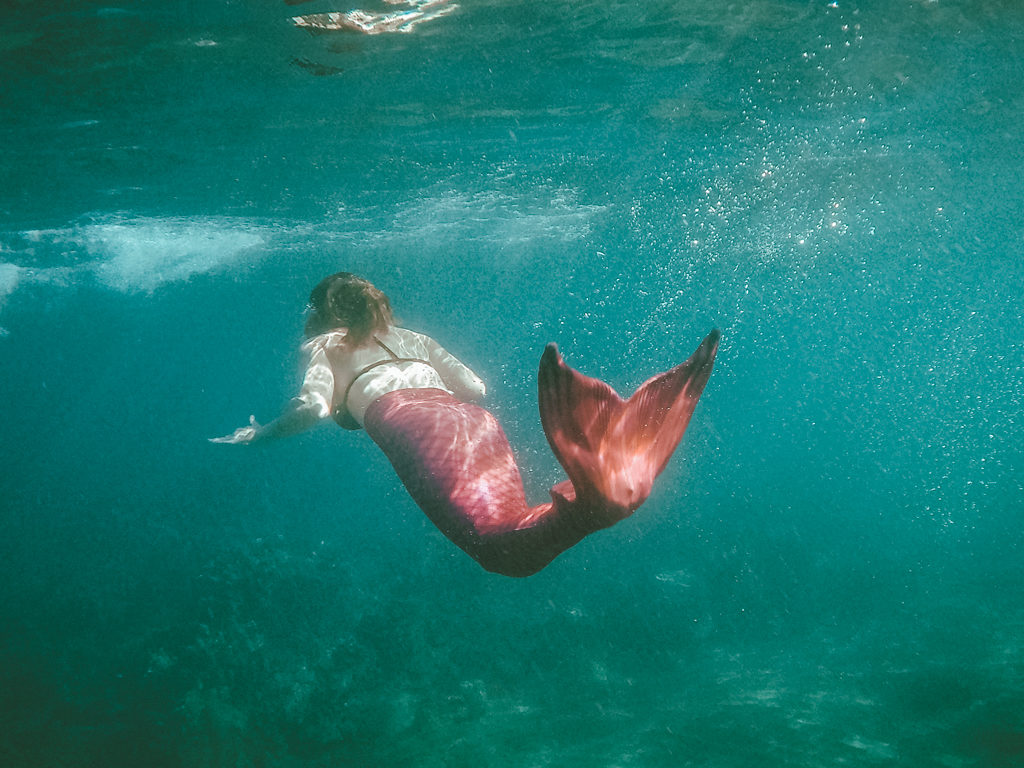 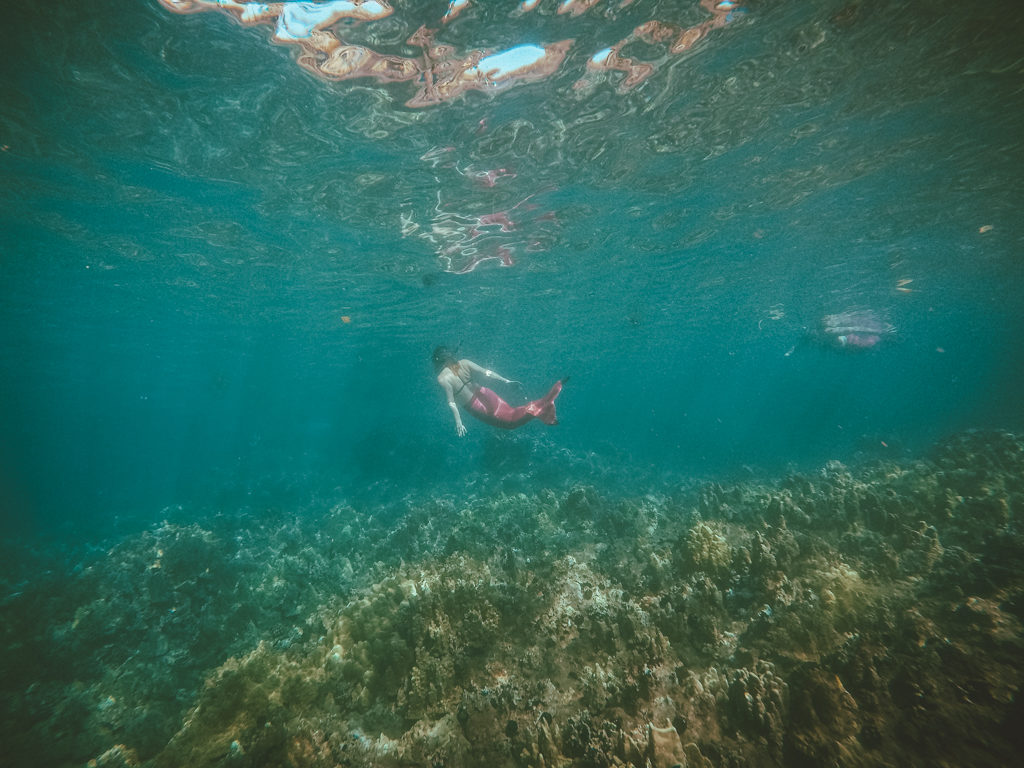 When we heard we only had 10 or so minutes remaining, we slapped on our snorkel masks so we could explore the reef more closely before our magical morning as mermaids came to a close.

There is never a shortage of beautiful fish to be found in Maui’s waters, and every up-close-and-personal experience reminds me of the need to protect them. 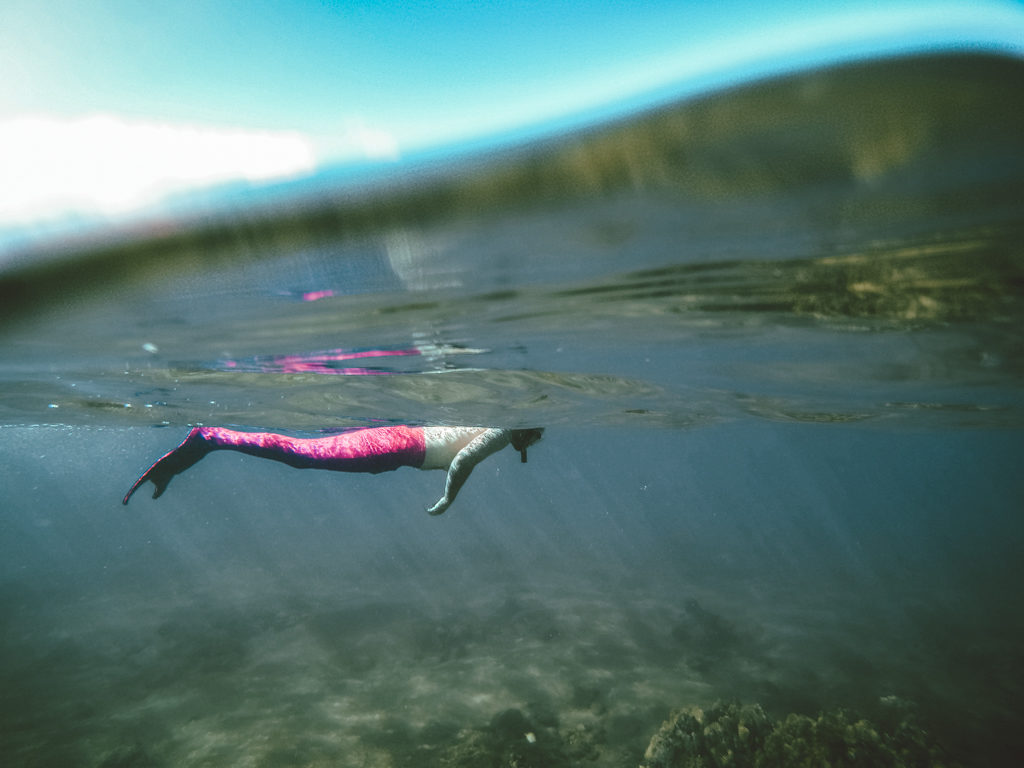 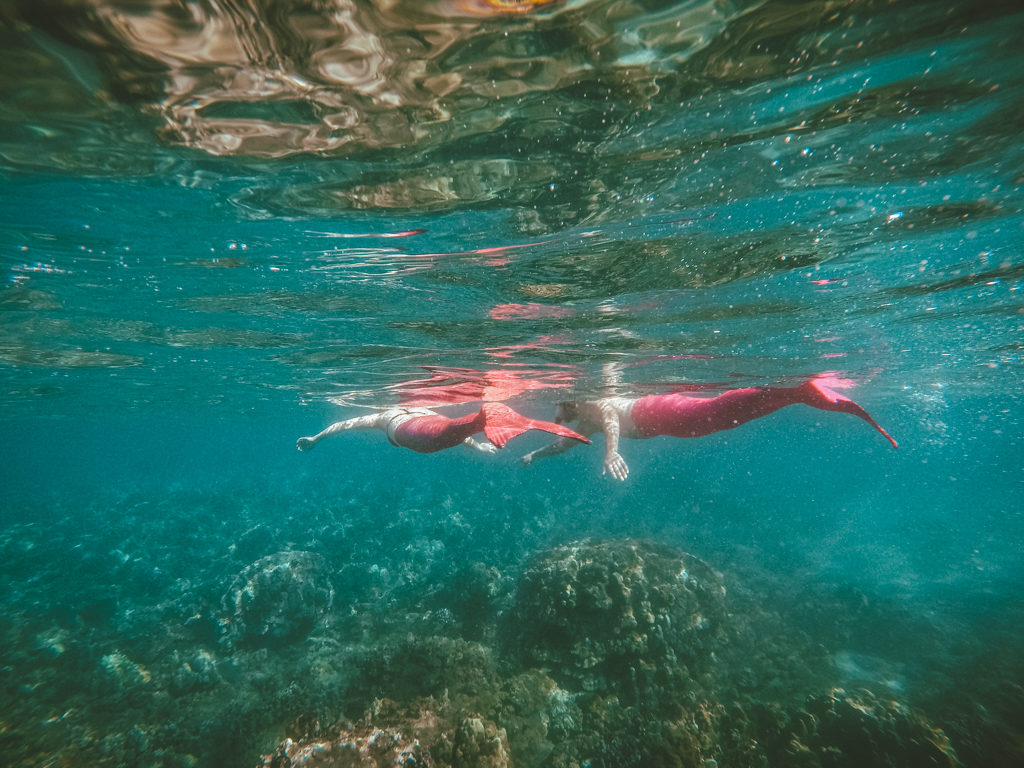 And while fun is obviously a goal of Hawaii Mermaid Adventures, their underlying mission is far more profound. The real objective of these ocean tours is to foster a deeper appreciation and connection to the ocean through education.

We protect what we love, and we love what we know.

Each time I come to know the ocean and its dwellers just a little bit better, my love grows, as does my desire to protect them.

I’ll continue using my voice to be an ambassador for the voiceless and help to create a sense of kuleana (responsibility) for our ocean’s protection.

I urge you to do the same.

Ready to have your own Maui mermaid adventure? Book your tour here. 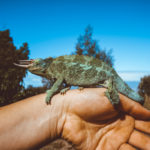 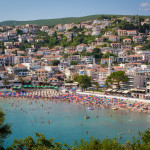 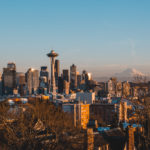 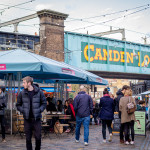 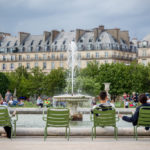